Skip to content
View basket “AXE RASH | self titled | LP” has been added to your basket.

BEER CITY SKATEBOARDS AND RECORDS is proud to bring you ADRENALIN O.D. – Let’s BBQ Millennium Edition 12”! This is limited to 1000 and is a RSD exclusive! This star studded release features the songs from the original Let’s Barbecue 7” that first graced us back in 1983 plus an additional track from that same session that never saw the light of day! Also included are 5 tracks from the ADRENALIN O.D. demo tape that came out in 1982. These tracks were never recorded for anything else. For the first time ever all these have now been restored and remastered and are presented to you at 45RPM’s for optimal audio enjoyment! Add to that a fabulous gatefold packaging, lyrics and liner notes written by none other then the band itself. Along with pictures; some of which have never been seen by the public! Plus a plastic collectable download card so you can keep your record as safe as Han Solo frozen in Carbonite! You have yourself a release that will hit you like a pie in the face at a Three Stooges convention! So come record store day make sure you get to the store bright and early and get this limited piece of hardcore/punk history!
– Record Store Day 2019 release.
– Includes digital download card.
– Limited edition of 1000 copies. (Record Store Day website shows limited to 1100 copies). Gatefold.
– Features the songs from the original Let’s Barbeque 7” from 1983 plus an additional track from that same session.
– Also included are 5 tracks from the AOD demo tape recorded in 1982.
(Beer City Records) 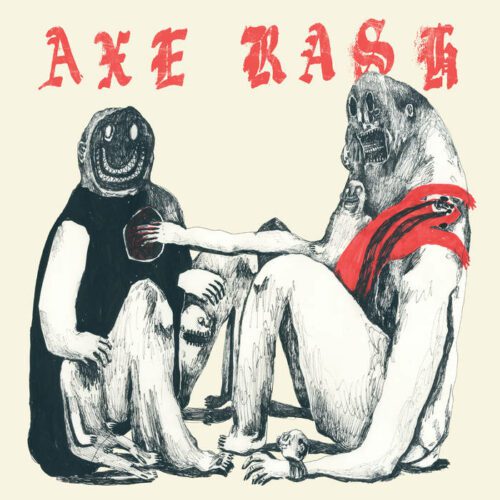