Skip to content
View basket “CONSTANT MONGREL | living in excellence | LP” has been added to your basket.

Luna – Nestvarne Stvari LP is officially reissued for the first time ever after 36 years!
What we have here is a cult Yugoslavian post punk album made by short-lived Luna, a band from Novi Sad that included members of Pekinška Patka. Mandatory!

“During the late 1981, former Pekinška Patka members Zoran Bulatović “Bale” (guitar) and Marinko Vukomanović “Mare” (bass guitar) with former La Strada members Slobodan Tišma (vocals) and Ivan Fece “Firchie” (drums) joined together and formed LUNA. Since the band members were already well-known, the formation of the band caused great interest in the public. The band started writing new material, with Bulatović being responsible for the music writing, while Tišma was the band’s lyricist. A few days before the band’s first public appearance, Vukomanović had left the band, forming his own pop group Primavera, and was replaced by Jasmina Mitrušić “Mina” (keyboards, vocals). The first appearance the band made in March 1982, in Vienna Arena on the “Novosadski novi talas festival”. After the festival, Luna started performing at numerous Novi Sad and Belgrade venues, establishing itself a cult status. In Radio Novi Sad studios, the band recorded their first demo, with “Ogledalo Lune” being the most notable track, becoming a local hit. Soon after, the band went on a Croatian and Slovenian tour during which, after the Kopar concert, the band met Marko Brecelj, a former Buldožer member, who took their demo recordings to his former band-mate Boris Bele, one of the head of the Helidon record label. Having returned from the tour, the band entered the Aquarius Studio in Belgrade, where, with the help of sound engineer Đorđe Petrović and producer Saša Habić recorded their debut album. However, by the time their first and only studio album, “Nestvarne stvari”, had been released, on early 1984 by Helidon, due to a conflict between Bulatović and Tišma, the band had already disbanded. After the album release, the Rock magazine voted the album the seventh best album of the year 1984, and the band also got the award “Sedam Sektetara SKOJ-a” in Zagreb. Tišma and Mitrušić reformed La Strada, Bulatović went to serve the Yugoslav People’s Army and Fece joined Ekatarina Velika and later moved to the United States. Together with Bulatović, former Električni Orgazam keyboard player Ljubomir Đukić and Igra Staklenih Perli bassist Draško Nikodijević “Dracula” he formed a supergroup “Collateral Damage”, but the band did not release any material. Meanwhile, Fece was also the member of Jakarta, which disbanded in 1986. Mitrušić finished the Musical Academy studies and moved to Italy. After La Strada disbanded, Tišma quit his musical career and released two poetry books.”
(Šareni Dućan Records /Blind Dog Records Records) 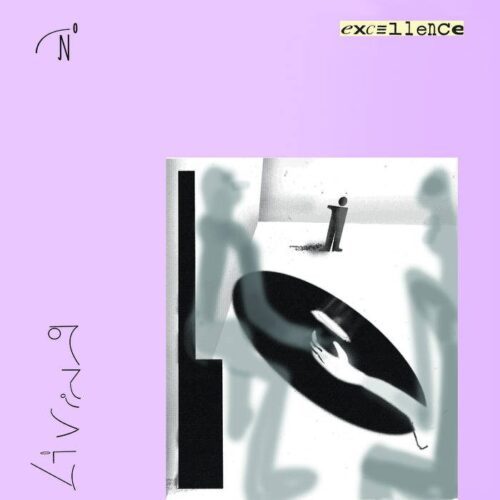