Skip to content
View basket “DESTRUCTORS | exercise the demons of youth | LP” has been added to your basket.

This split 12 is named like Hardcore Radikal Latino America and it completely reflects this title in both bands who are Maquina Muerta from Mexico who are currently located in Barcelona, Spain and Peruvian DHK (Destruye Huye Krea). Maquina Muerta, including Bernat from Orden Mundial on guitar is really well done Spanish version of Discharge, I wouldn’t say its fast paced, more rather middle tempo with d-beat drums (a bit faster though than you might think about) punk structure of the songs similar to Hear Nothing LP, with simply but pretty energetic and catchy guitar riffs, I’m sure lots of you might hear some MG-15 influences as well, but yeah that’s pretty obvious, isn’t it? As for the DHK they sound way more different from Maquina, rawer and more primitive with firm South American feel, would think like Anti-Cimex (Raped Ass and Victims of the Bombraid era) played more primitive way haha! Locos !!!
(Metadona Records) 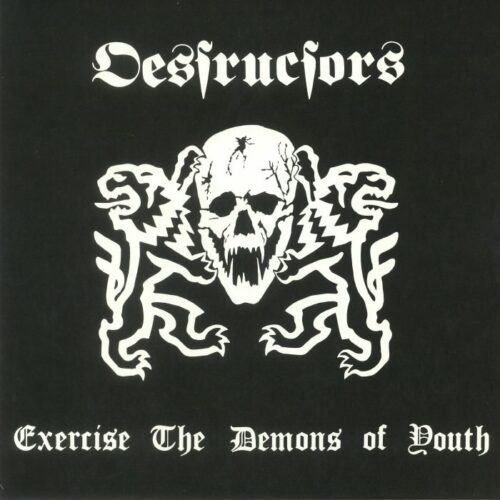