Skip to content
View basket “THE PLASMATICS | new hope for the wretched | LP” has been added to your basket.

THE JESUS LIZARD | the head | LP

Head is the first full album by The Jesus Lizard. It was released on Touch and Go Records in 1990. It is their first release to feature a drummer, Mac McNeilly.

Re-mastered in 2009 by Steve Albini and Bob Weston. Vinyl is packaged in a deluxe gatefold jacket with a 12″x24″ double sided color insert, including never before seen photos & extensive liner notes by the band and by journalists who were there. HQ-120 virgin vinyl pressing made at RTI, vinyl also includes download coupon for full LP, plus 2 bonus tracks.
(Touch and Go!) 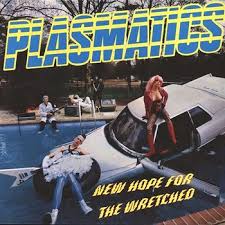